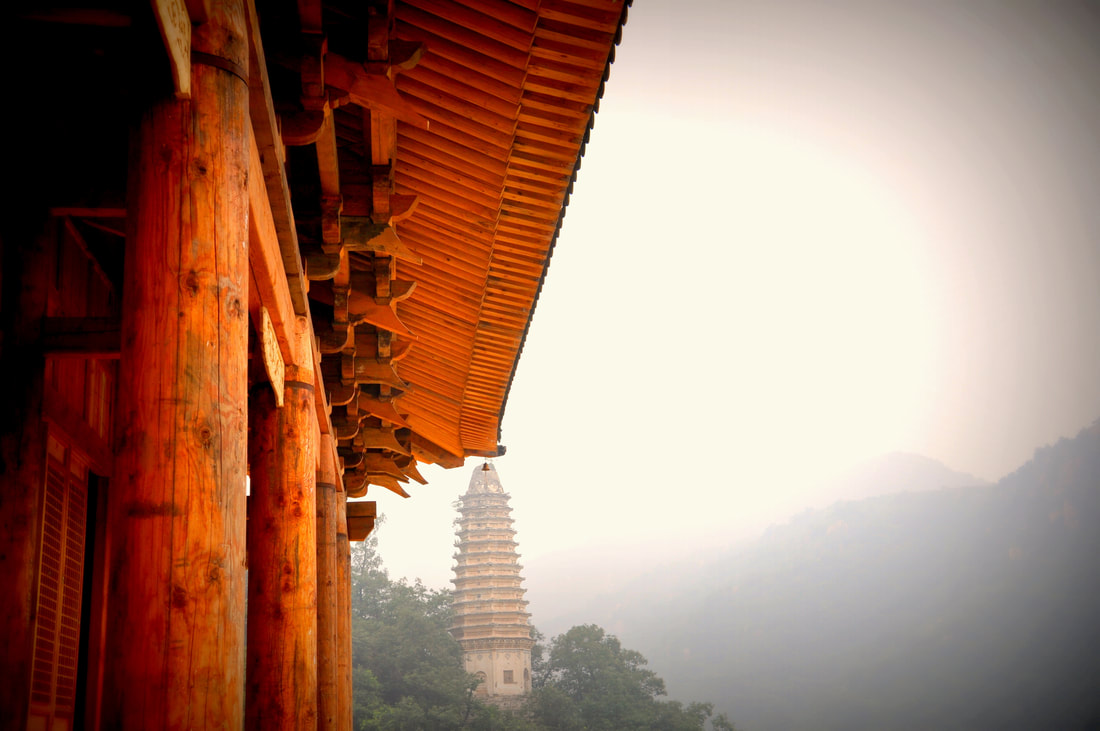 1988-1992:     Milwaukee Community Journal (MCJ) Full time newspaper Reporter  时报  记者 (African American newspaper)
Over this four-year period I published hundreds of articles including interviews with Senators, Congressmen
and so on. Those publications include:
+ Fourteen part series on Cracks in the Child Protective System (This series led to several laws being changed.)
+ Series on Becoming a man in the African American Community
+ Series on Jeffrey Dahmer Murder Trial – Lead reporter for the African American press

Download File
Though it's true during the Yuan Dynasty the Silk Roads were quite safe to travel, for most of history security was a real issue. Certainly mounted bow and arrow skills were required of Silk Road caravan security, but so too were sword fighting skills.
This is a short book I put together with an old friend Ahn Jeong Huan (안정완) some 10 years ago and has since just sat in my computer files. So, this morning I took the various parts and put them together into this short book. I hope it is of some use to those who might wish to learn something about the fine art of Korean Kumdo.

I did a few other interviews with Ambassadors in Beijing but discontinued the series because I wasn’t satisfied with the editing. Was it a real editor, or just some entry-level “copy editor” (?) I have no idea.

Sports and culture publications from
& in South Korea

Publications from and about China, and/or relating to Wushu Kung Fu

Above is a book I wrote about the history and culture of North Shaolin Monastery on Pan Mountain in East China. Its the only official sub-temple of Songshan Shaolin. Whereas Songshan Shaolin was destroyed in 1928 during the Warlord Era in China, North Shaolin survived until 1942 when the entire mountain was burned by the Japanese mountain. There were 72 monasteries on that mountain and all were obliterated. The mountain was a stronghold of anti-Japanese resistance during the war. After the war the North Shaolin was lost until a friend named Professor Gao Wen Shan from Tianjin found the ancient White Tower that survived, filled with bullet holes as it is. One of the reasons I moved to China in 2009 was to see this venerable monument to martial valor. I first visited in 2010. Since then the monastery has mostly been rebuilt. The North Shaolin first became a Shaolin Monastery during the Yuan Dynasty some 800 years ago. No doubt the Shaolin Monasteries were upon tributaries to the great Silk Roads - especially during the Yuan Dynasty.

March, 2013 The Broad-based Roles of Kung Fu, Tai Chi and Other Martial Arts in Education - A Brief Literature Review
http://www.kungfumagazine.com/ezine/article.php?article=1085

August, 2013 In the footsteps of the Masters – Search for the Ultimate Kung Fu Shoes (Visit to Neiliansheng Shoe store in Xianmen Beijing & Baitasi Temple – a Shaolin Branch in Jixian) Aug. 2013
http://www.kungfumagazine.com/ezine/article.php?article=1120

January, 2015
Rebuilding the Northern Shaolin Temple - Part 11: View from the Qian Xiang Monastery at the base of Panshan and Reconstruction News
http://www.kungfumagazine.com/ezine/article.php?article=1198

2019  Silk Road Kung Fu Friendship Tour Part 30 - 15th World Wushu Championships in Shanghai, Cont.
Interviews with Wushu Federation presidents, coaches, athletes and journeys to the ancient Maritime Silk Road Port in Zhenhai District of Ningbo City in Zhejiang Province (just a hop across the bay from Shanghai), Tientong Temple that passed the torch of Zen to a major branch of Japanese Buddhism, and back in time some 7,000 years to the archeological site of Hemudu where some of the most ancient domesticated rice in China was found.
Awaiting Publication

Note: Part 8 was just published March, 2018, so publication date lags behind writing in some cases by more than a year. This is normal for most martial arts magazines. Fortunately, Taekwondo Times recently started an online e-zine and hopefully we’ll get caught up quickly! The dates below are interview dates and and not publication dates.

TKD Quest Part 4 Bukhara Uzbek - Interviews with ITF Masters Umida & Furkat
February 4 – 6, 2016, Bukhara, Uzbekistan - Umida & Furkat’s Taekwondo - Love in Action - Visits with them include to the comic iron statue of Nasridin Afandi , followed by Magoki-Attari Mosque (sacred to Zoroastrian religion, Buddhism and Islam), the colossal Citadel of the Art, the museum therein, and Zimdan, the medieval Amir’s gruesome prison behind the Citadel. (Download below!)

Download File
One the subject of Taekwondo there were plenty of other articles I published too... Please recall that Beijing became a capital city during the Yuan Dynasty, during the height of the Silk Roads.

Linguistics has always been one of my interests...

During my years in South Korea I was a member of the Society of Socio-Linguistics and presented a few papers at their conferences. In addition to that I also prepared the following study with a Chinese colleague at Nonsan's Konyang University.

Some years ago I researched, wrote and published an article titled: "EFL Foreign Teacher Stress in Korea: Causes and Coping Mechanisms," which was published on Eric educational database, the world's largest source of research literature on education. Click on the link below to read the abstract or download the full-text.
https://eric.ed.gov/?q=Gregory+Brundage&id=ED502354

Teaching Peace Studies and Writing in an EFL Context

My interest in peace studies goes back to my early childhood when - usually being the "new boy" in different schools in different countries I had to fight a lot. I hated it and wondered: Why? This is one of the main reasons I took a lot of psychology and physiology classes in the University. What is the origin of all this aggression, and is there some way to prevent it?
The great ancient roads of the world were mainly about trade, and in times of peace trade flourished. How many conflicts started because of simple misunderstandings or irrational fears and prejudice? More than a few to be sure.
During my last 15 years teaching in East Asia I incorporated different aspects of peace studies into my curriculum, including conflict resolution strategies, counseling and diplomacy.
I started doing volunteer and then professional work as a counselor in 1980. That work included three years as a member of the Disaster Action Team of the American Red Cross (volunteer) and work as a family therapist with adjudicated delinquents (paid). During this past year I took MOOC on-line classes on related subjects like Conflict Resolution Skills (University of California, Irvine), and Humanitarian Aid in Conflicts and Disaster through Harvard-X.

Starting in mid-March of this year (2018) I began writing a textbook on teaching English as a Foreign Language (EFL) and writing, in the context of a Peace Studies curriculum.
Below is a far-from-complete draft. Hopefully I'll keep updating it, though such a work can never really be complete. Within a month or two I hope to have a publishable draft. It's a bit different from the usual EFL textbook because it contains a lot of very contemporary issues. It's definitely not the usual English as a Foreign Language textbook. It's half finished at best, but perhaps useful to EFL teachers looking for some ideas.
Most recent article: Francafrique - A literature review and statistical analysis of historic and contemporary policies and practices perpetuating French Neo-colonialism and Neo-crusades in the Sahel region of Africa
September 12, 2019 Draft paper

Neo-Colonialism is a relatively well-known concept though most people don’t really understand the specific details as to how it is implemented. This paper examines those details - the economic and military mechanisms of Neo-colonialism in conjunction with another aspect of that combined process herein dubbed “Neo-Crusading,” which thus far has effectively and conveniently “slipped under the radar” of the western mainstream press and even the alternative press. Statistical data is provided and analyzed to support the belief that “Neo-crusading” is a significant part of the Neo-colonial process in 14 participating CFA franc scheme nations in Western Africa as demonstrated by correlations between UNDP development data and relative percentages of Muslims and Christians in the participating nations. The four most developed of the 14 nations studied have high percentages of Christians in those nations, above 50% whereas four of the five least developed nations in the 14 participating CFA franc scheme countries have high percentages of Muslims in those nations, above 50% with three of those four Muslim countries being natural resource rich countries (Niger, Chad & Mali). Market fluctuations in oil prices alone cannot explain why Niger is according to UNDP figures the single least developed country in the world while simultaneously being one of the natural resource richest countries in the world. Niger provides almost half the uranium France needs for its energy consumption. That both African Christian and Muslim populations are disproportionately poor given their natural resources is certainly true, however strong correlations suggest African Catholic nations are being robbed less than African Protestants, who are robbed less than the most discriminated against people on earth, African Muslims. Numerous potential solutions are offered at the end of this analytic study and literature review. 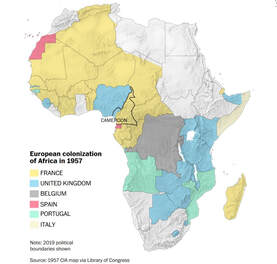