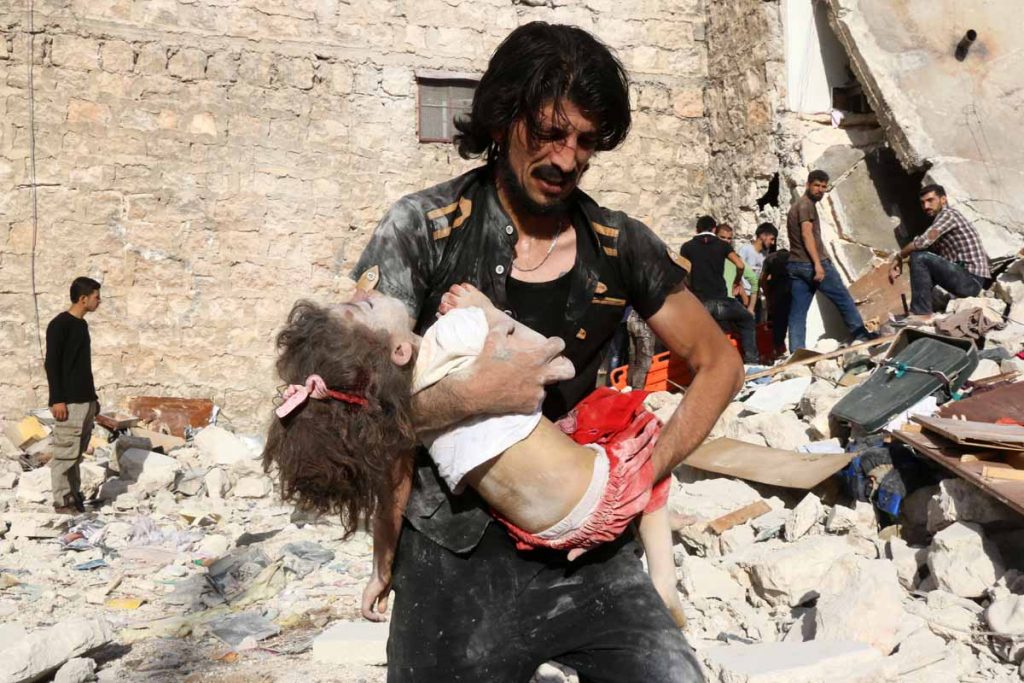 In 2013 the United Nations reported that the number of people living as refugees worldwide exceeded that at the end of WWII, which was at that time approximately 50 million.

The Muslim Holocaust Archives can change those tragic deficits.

- Collection of information regarding ongoing conflicts from primary and secondary sources,
- Validity to be affirmed by corroboration between:
1) Primary Sources: Personal narratives
2) Secondary Sources: translations from multiple news sources around the world in different languages. All incoming information must by necessity be evaluated in terms of “face validity” and require multiple independent sources to ascertain reliability of that information. Eternal vigilance is required to quarantine potentially “fake news,” biased published information favoring one side or another in any conflict.

When did the “Modern” Muslim Holocaust begin?

The Nakba represents another significant demarcation in time signaling another new level of genocide upon Muslims in the modern era.
There has been a huge and increasing number of attacks upon Muslim tribes and nations since the beginning of the 20th Century. There have been few attempts to collect this information or analyze it.

The Modern Muslim Holocaust Compared with the Jewish Holocaust
According to the Jewish Virtual Library their “Holocaust (also called Ha-Shoah in Hebrew) refers to the period from January 30, 1933 - when Adolf Hitler became chancellor of Germany - to May 8, 1945, when the war in Europe officially ended.” https://www.jewishvirtuallibrary.org/an-introductory-history-of-the-holocaust
An unprecedented 6 million Jewish people were reported to have been killed. Since then vastly more Muslims have been killed in international and "civil" conflicts either as the direct result of those conflicts or as the result of the poverty that accompanies war, e.g. disease and starvation.

There are some reasonably good data collection services, and there is no good reason to duplicate their services. However, none of them are even close to being comprehensive. Also see:
Lives and Statistics: Are 90% of War Victims Civilians? by Adam Roberts
https://weblearn.ox.ac.uk/access/content/user/1044/Survival_Jun-Jul_2010_-_AR_on_lives___statistics_-_non-printable.pdf

Tragedies of the Muslim Holocaust that can be corrected

This Archive could represent the “tip of the iceberg” in terms of changing the world’s perceptions towards Muslims as we Muslims are not the progenitors of most of the violence in this modern world, but rather targets of that extreme violence for primarily profit-driven reasons.

Changing Demographics in the U.S.

Insha’Allah the current scale of the modern Muslim Holocaust will diminish over time, as the demographics in the USA shifts closer to a majority percentage of people of color.
https://www.epi.org/publication/the-changing-demographics-of-americas-working-class/
The majority of people of color in the U.S. have not typically felt the antagonism towards Islam displayed by the leadership of Caucasian Euro-Americans over the past 500 years since the colonization of the Americas, Asia and Africa. Some may argue that antagonism towards Islam is not the primary cause of aggression against Muslims, but rather a convenient excuse used to cover profit seeking goals, such as land and natural resources. One of the many tragedies associated with the politics of prejudice is it takes on a life of its own, a lesson to be learned by people of all faiths and philosophies.
The Muslims in harm’s way now, and in the short and long distant future however cannot wait for demographics in the U.S. to change. We need to start recording our stories now, stop our current conflicts and prevent emerging conflicts before they happen.

Some efforts to collect at least a few artifacts, a small library, some peace education curriculum, and a very preliminary database covering the modern Muslim Holocaust has been made by this writer.
The writer of this “Introduction to Two Complimentary Muslim Centered Proposals” (Silk Roads Peace Education and Art Center & Muslim Holocaust Archives and Research Center) Abdul Rashid bin Abdullah is currently under contract in Beijing until July 15, 2019. No matter. Sponsors are needed now, and more work needs to commence on the goals outlined above, now.

Costs can vary from practically nothing to millions of dollars depending on the level of support from private sponsors and local institutions.

In each country a Board of Directors will need to be appointed in cooperation with sponsors to oversee:

About the writer of these proposals

Abdul Rashid bin Abdullah converted to Islam in 1988. He is the son and grandson of university professors. He received his first university library card when he was five years old and has lived in and traveled through some 37 countries since 1963 when he was six.
For the past ten years (2009-2019) he has been an “English as a Foreign Language” (EFL) teacher at a large international school in Beijing. During that time he refined and used large parts of the peace education curriculum in this proposal. Prior to that he was a teacher in South Korea and his duties included several years teaching English at Gyeriongdae military headquarters, where he originally developed much of the above peace curriculum.
Between the years 2015 and 2018 he traveled about 14,000 kilometers on the ground along the land Silk Roads between Xi’an in China and Istanbul, stopping at and photographing the major Silk Road archeological sites and interviewing the Wushu and Taekwondo Federation representatives, several Museum Directors and archeologists. During his summer vacation in 2018 he did this same thing in Ethiopia visiting and photographing among other places Axum and Nejashi - the oldest Islamic settlement in Africa. In 2019 thus far he visited archeological ruins and museums in Vietnam and Japan in addition to interviewing their Wushu masters and federation Secretary Generals.
As of July 15, 2019 he will be available full-time to work with interested people and organizations to develop the above described education related proposals, and/or host seminars on any of the topics contained herein.
The name on his passport is Gregory Brundage.
Reference
Wilson, Valerie (2016) People of color will be a majority of the American working class in 2032 - What this means for the effort to grow wages and reduce inequality, An Economic Policy Institute Publication, https://www.epi.org/publication/the-changing-demographics-of-americas-working-class/ Downloaded March 23, 2019